Shane Walters - Photography, Blogs from the Founder of RacingNews.co

Shane Walters is the founder of RacingNews.co. Click here to view the latest motorsports photography are racing blogs directly from the editor's desk. 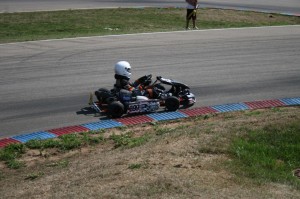 (St. Louis, MO) This Thursday January 4th (Tomorrow) Walters Mototsports will be jumping into your living room from New Castle, IN. The race will be televised on the Speed Channer (www.SpeedTv.com). This is the STARS of Karting race hosted May 19th – 21st of the 2006 racing season. The will be showing the ICA class and the JICA class. Evan will be driving the black and orange Caribbean Creme #399.

The Stars of Karting Series is the top karting series in North America. It has already had many races hoested on TV from both the Speed Channel and the VS network. The series brings drivers from all over the country and as you watch the broadcast you will constantly hear names that are familiar to you. Many IRL drivers, Indy drivers, F1 drivers, and many other forms of out racing has had drivers come out of this series in just the past few years. A few of the drivers you should know if you are in any kind of racing are Danica Patrick who currently races in the Indy Car Series and another is Scott Speed who as of right now is the only US driver on the F1 circuit driving for team Red Bull.